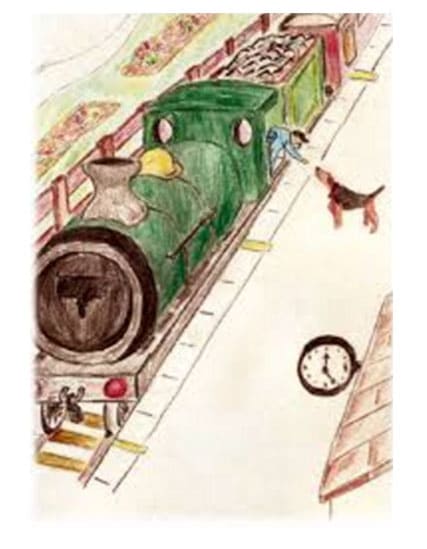 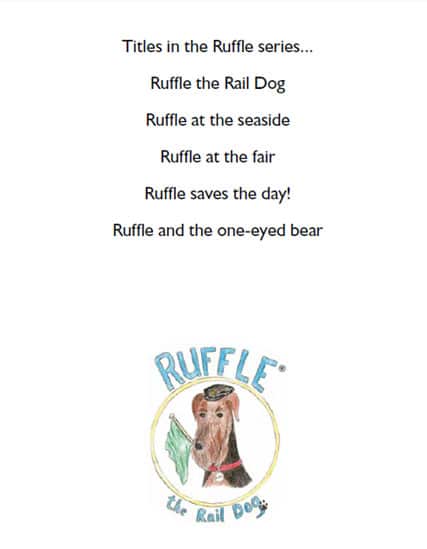 “…When Ruffle, the Airedale Terrier, knows that the garden gate has been left open, he can’t resist exploring along the tracks of the steam railway at the bottom of the garden, lured on by the smell of bacon!”

Ruffle at the seaside

“…Ruffle quickly screwed his eyes tightly shut and held his breath. His ears were just about to burst when the carriage was flooded again with sunlight. Ruffle opened his eyes and let out a huge breath. He was sure his cheeks had puffed out!”

Ruffle’s first train ride takes him to the seaside – the excitement of the sand, sea and salty smell! But when he sees that a small boat has capsized, Ruffle quickly raises the alarm.